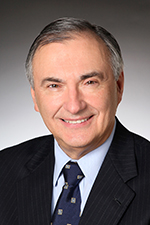 Dr. Rutkowski is a Diplomate of the American Board of Oral Implantology/Implant Dentistry (ABOI/ID) and a Fellow of the American Academy of Implant Dentistry (AAID). He is Editor-in-Chief of the Journal of Oral Implantology (JOI) and a Past-President of the ABOI/ID. He lectures internationally on bone grafting, surgical anatomy for implant dentistry, pharmacology, and sedation techniques. Dr. Rutkowski has maintained a dental implant practice in Clarion, Pennsylvania for 31 years, where he passionately restores his patients’ ability to chew and smile with confidence.

In his free time, Dr. Rutkowski enjoys traveling with his wife, Debbie, and spending quality time with their children and grandchildren.

2012 Isaih Lew Research Award Recipient
The Isaih Lew Memorial Research Award is presented by the AAID Foundation to one individual each year who has contributed significantly to research in implant dentistry. Dr. Lew was a founding member of the AAID and served as its president and the editor of the Journal of Oral Implantology.

2009 Aaron Gershkoff Memorial Award Recipient
The Gershkoff Award (now Gershkoff-Goldberg Award) is presented by the AAID Past Presidents’ Council to one individual each year who exemplifies the commitment by Aaron Gershkoff and Norman Goldberg to implant dentistry. Dr. Gershkoff and Dr. Goldberg were cofounders and initial presidents of the AAID. 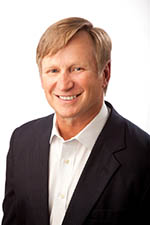 He is Board Certified by the American Academy of Periodontology, is a Diplomate of the American Board of Oral Implantology and a Fellow of the American Academy of Implant Dentistry. He is past President of the SC Society of Periodontists and was Chairman of the Department of Dentistry at Greenville Memorial Hospital. He is a Clinical Assistant Professor of Periodontics for MUSC’s College of Dental Medicine.  Dr. Hamrick has extensive experience in periodontal therapy, cosmetic periodontal surgery, pre-prosthetic surgery and dental implant therapy.  He has lectured locally and nationally on topics including bone grafting, implant-orthodontic-restorative relationships, implant placement, guided implant therapy and virtual treatment planning.  Dr. Hamrick has maintained a private practice in Greenville, South Carolina for thirty years. 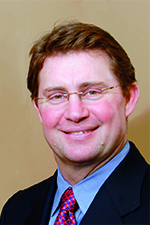 Dr. Robert Heller is a graduate of Ohio Wesleyan University and The Ohio State University School of Dentistry (1988). He completed his prosthodontics residency at The Medical College of Virginia (1990) and completed his hospital based implant residency/graduate training at Loma Linden University, CA in 1997.

He is the Director of the Midwest Implant Institute. He served as president of the Ohio Section of the American College of Prosthodontists and chairman for the Ohio Dental Association’s Sub council on Young Dentists. He is also an associate fellow of the American Academy of Implant Dentistry and staff member at Grady Memorial Hospital. Dr. Heller is also an active member in The American Dental Association, Ohio Dental Association, Columbus Dental Society, the American College of Prosthodontists as well as an associate member of the American Academy of Implant Dentistry. Dr. Heller has extensive experience with dental implants, having placed more than 8,000. A noted author and speaker, he has lectured on dental implants both nationally and internationally while maintaining a private practice in Columbus, Ohio. 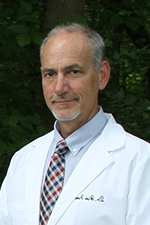 Dr. Fennell grew up in Norwood, Ohio, graduating from Norwood High School in 1972. After getting his undergraduate degree in Zoology from Miami University, he attended and graduated from the Ohio State Dental School in 1979. He completed his residency at Womack Army Hospital, Ft. Bragg North Carolina the following year and then spent the next 3 years in Goeppeingen, Germany, where he served as Officer in Charge of dental services for the soldiers and their families of the 1st Infantry Division. He earned the Expert Medical Field Badge and the Army Commendation Medal while in Germany.

Dr. Fennell’s interest in the field of dental implantology began as a dental implant research assistant while a student at Ohio State. He began his formal training in implants with the Midwest Implant Institute in 1984, earning the Outstanding Extern Award in 1993. He has been actively placing and restoring implants for almost 20 years and he earned Diplomate status in the American Board of Oral Implantology. Dr. Fennell is certified to administer IV Sedation and maintains his certification in Advanced Cardiac Life Support (ACLS). He has maintained a private practice in Cincinnati, Ohio for twenty five years.